Filed under concept, news {no comments}

With gas prices rising and consumers becoming more environmentally-conscious, no wonder, more and more people decide to buy electric vehicles. We recently posted a study from Pike Research, predicting 138 million electric motorcycles and scooters on the road worldwide by 2017.

Given the numbers, someone better starts preparing to meet this increasing demand. Automotive manufacturers, such as VW, Mini, Smart already introduced their concept e-scooters earlier this year and late last year. But it’s not just the large OEMs preparing to get their piece of the pie. With the simplicity of the mechanics and dynamics; less speed and acceleration being acceptable compared to a conventional motorcycle or a car, and the low cost of production (again a much simpler design than a car or motorcycle), startups with the ambition of developing cheap zero emission electric scooters pop up every other day now.

Latest news come from Estonia. A core team including a designer, an electric engineer, a mechnical engineer and a business consultant came together with the idea to produce small but capable two wheelers for urban commuters. And they did it. 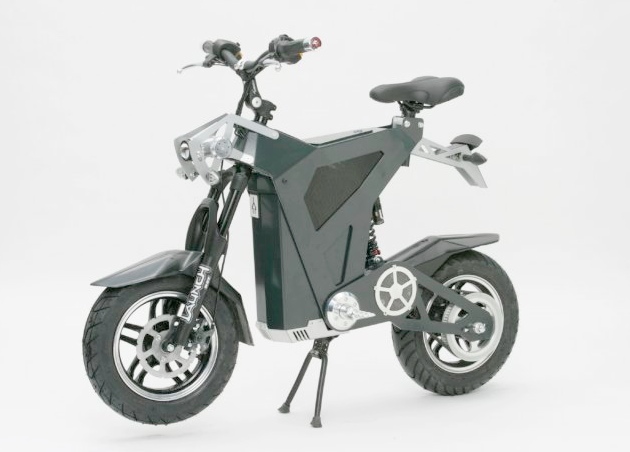 The Exo electric scoot from Estonia has been designed for both, on-the-road and off-the-road conditions. The Aluminum bodies are  all functional, there is no overweight, no extra parts without purpose. And it only weighs about 88 pounds. If you do not want to park it outside,  you can easily fit it into an elevator and take it to your apartment and charge it there. Here are some of the specifications of the Exo Neutrino Max model: