Honda introduces its EV-neo to Europe 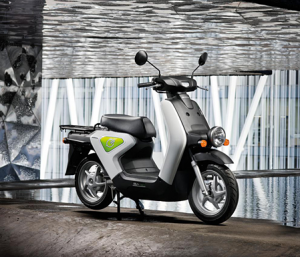 Honda announced last week that its zero emission, electric scooter, EV-neo, will make its European debut in Barcelona starting July 2011. For the demonstration program, Honda will provide Barcelona city council with 18 EV-neos for a year. Motorcycles account for 30% of vehicles in Barcelona, and a wide range of incentives already exist for electric vehicles in the city. The program will serve to test the EV-neo in European conditions.

The EV-neo is already available for sale in Japan for a price of 5750USD. Honda is expecting to sell 1000 units in Japan until the end of the year.