Moped Madness in the UK

Norman Hyde, a former drag racer from UK, with various World Records, completed one of the slowest rides of his career in aid of Help for Heroes, a charity formed to help those who have been wounded in Britain’s current conflicts.

This was a big challenge for Hyde, as he had to cope with the slow speed of the 50cc Easy Rider moped, he had to ride for the cause. Built by the Norton-Villers-Triumph group in in the 1970’s, the Easy Rider can go up to 30mph. 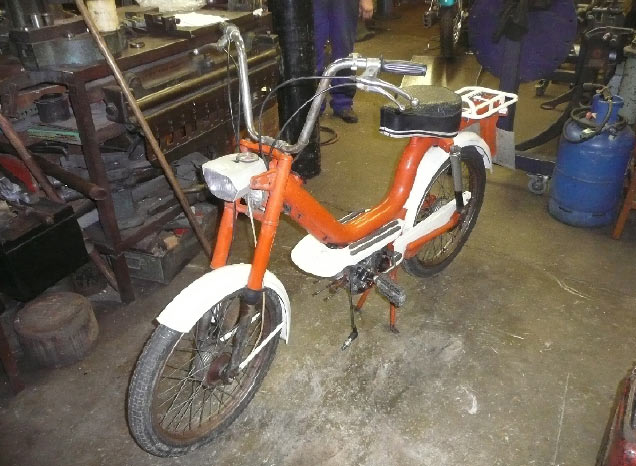 Hyde participated on the John O’ Groats to Lands End run, as a member of the Triumph Trident Owners Club. Starting in John O’Groats, the team of riders took turns to ride the length of the country and Hyde rode the section from Telford to Glastonbury, a distance just over 150 miles.

The journey took six days to complete and finished on April 1. You can support the cause by giving donations at http://www.justgiving.com/norman-hyde/.

This article was based on a recent press release.